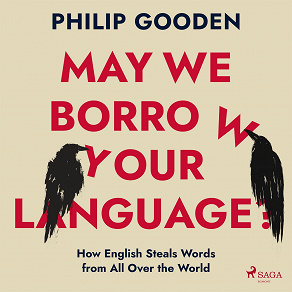 May We Borrow Your Language?: How English Steals Words from All Over the World

by Philip Gooden
The English language that is spoken by one billion people around the world is a linguistic mongrel, its vocabulary a diverse mix resulting from centuries of borrowing from other tongues.

From the Celtic languages of pre-Roman Britain to Norman French; from the Vikings' Old Scandinavian to Persian, Sanskrit, Algonquian, Cantonese and Hawaiian – amongst a host of others – we have enriched our modern language with such words as tulip, slogan, doolally, avocado, moccasin, ketchup and ukulele.

May We Borrow Your Language? explores the intriguing and unfamiliar stories behind scores of familiar words that the English language has filched from abroad; in so doing, it also sheds fascinating light on the wider history of the development of the English we speak today.

Full of etymological nuggets to intrigue and delight the reader, this is a gift book for word buffs to cherish – as cerebrally stimulating as it is more-ishly entertaining.

Philip Gooden writes books about language as well as historical crime novels. The former include 'Who's Whose? A No-Nonsense Guide to Easily-Confused Words', 'The Story of English', and (as co-author) 'Idiomantics' and 'The Word at War'.
Listen to sample
Log in to borrow