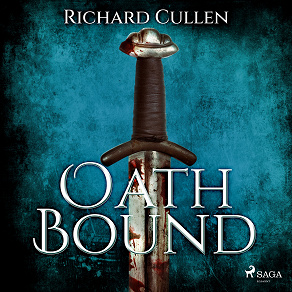 An action-packed historical novel featuring Danish warrior Styrkar, and his journey through the violent Norman Conquest as he fights for vengeance.

The champion of a dead king has nothing left to lose... And nothing more to fear.

Hastings, 1066.
Styrkar the Dane stumbles wounded and delirious from the corpse-strewn battlefield of Senlac Hill. He has watched his king butchered at the hands of foreign knights, seen his countrymen defeated in battle, and he will not stop until there is a reckoning.

Styrkar embarks on a bloody quest to avenge his dead master, becoming an outlaw in the wilds and earning a fearsome reputation. When a Breton knight seeks to track down this fugitive and make his own name, he can little envisage the task he has set himself. For Styrkar, the Red Wolf, last surviving housecarl to King Harold Godwinson, will carve the story of his vengeance in Frankish flesh... or die in the attempt.

Perfect for fans of Bernard Cornwell, Giles Kristian, and Guy Gavriel Kay. As well as those who enjoyed the world of 'Assassin's Creed: Valhalla.'

Praise for Richard Cullen:
'Oath Bound is a terrific novel... It's a brutal yet compelling tale, and one that gripped me from the first page to the last.' - Paul Fraser Collard, author of 'Fugitive'
'A perfect example of tight, gritty, character-driven storytelling.' - Luke Scull, author of 'The Grim Company'

Richard Cullen hails from Leeds in the heartland of Yorkshire, where he writes fantasy and historical fiction. He is also the author of The Age of Uprising series, published under the name R. S. Ford.
Listen to sample
Log in to borrow