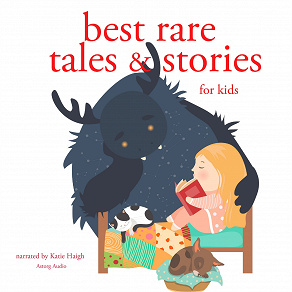 by Hans Christian Andersen ‚ Charles Perrault ‚ Brothers Grimm
Classic fairy tales and stories are an essential part of children's development. This collection brings together rare fairy tales, stories, myths and legends, to feed the intelligence and imagination of children in their years of development. This compilation includes folk tales, classic tales by Charles Perrault and Hans Christian Andersen, and stories from the Arabian Nights, narrated in a warm and lively way: Donkey Skin; Riquet with the Tuft; the Ridiculous Wishes, by Charles Perrault; The Three Sillies; The Little Shepherd Boy; The Three Bears; The Elves and the Shoe Maker, by Andersen; The Red Shoes, by Andersen; Urashimataro and the Turtle, a classic Japanese legend; The Jellyfish and the Monkey, an ancient Japanese tale; The Maiden who loved a fish, an American Indian story; the Emperor's New Clothes, by Andersen; and the Surprizing Adventures of Baron Münchausen.