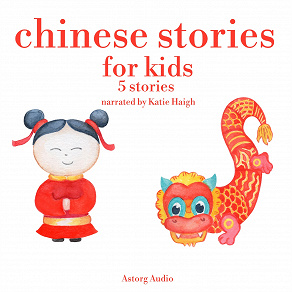 by James Gardner
Here is a collection of ancient Chinese folk stories. These tales for children are as wise as they are humorous, and will be a delightful introduction to Chinese culture for children and adults alike. 'The Most Frugal of Men' is a funny story about masters of frugality outperforming each other; 'The Moon-Cake' about the dangers of asking for a cake that would resemble the moon; 'The Ladle that fell from the Moon' tells about the witty attempt to confound an elderly scammer; 'The Young Head of the Family' tells about a father being outwitted by his daughter-in-law, and 'A dreadful boar' tells how a poor old woman could defend herself of an elf that met her in the form of a wild Boar, threatening to devour her granddaughter.