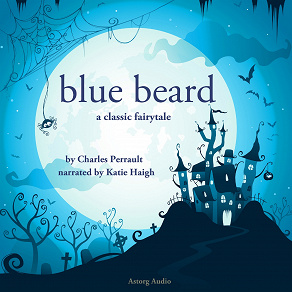 by Charles Perrault
Blue beard (French: La Barbe bleue) is a very famous classic fairy tale written by Charles Perrault. Bluebeard is a wealthy aristocrat, feared and shunned because of his ugly, blue beard. He has been married several times, but no one knows what became of his wives. He is therefore avoided by the local girls. When Bluebeard visits one of his neighbours and asks to marry one of his two daughters, the girls are terrified, and each tries to pass him on to the other. Eventually he talks the younger daughter into visiting him, and after hosting a wonderful banquet, he persuades her to marry him. After the ceremony, she goes to live with him in his castle. Very shortly after, Bluebeard announces that he must leave the country for a while; he gives all the keys of the château to his new wife, telling her they open the doors to rooms which contain his treasures. He tells her to use the keys freely and enjoy herself whilst he is away. However, he also gives her the key to one small room beneath the castle, stressing to her that she must not enter this room under any circumstances. She vows she will never enter the room. He then goes away and leaves the house in her hands. Immediately, she is overcome with the desire to see what the forbidden room holds; and, despite warnings from her visiting sister, Anne, the girl abandons her guests during a house party and takes the key to the room...