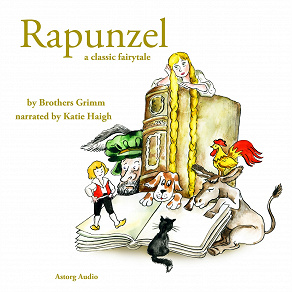 by Brothers Grimm
Rapunzel is a well-known fairy tale of German origin, recorded by the Brothers Grimm. A lonely couple, who want a child, lived next to a walled garden belonging to an evil witch named Dame Gothel. The wife, experiencing the cravings associated with the arrival of her long-awaited pregnancy, notices a rapunzel plant (or, in most translated-to-English versions[9] of the story, rampion), growing in the garden and longs for it, desperate to the point of death. One night, her husband breaks into the garden to get some for her. She makes a salad out of it and greedily eats it. It tastes so good that she longs for more. So her husband goes to get some for her a second time. As he scales the wall to return home, Dame Gothel catches him and accuses him of theft. He begs for mercy, and she agrees to be lenient, and allows him to take all he wants, on condition that the baby be given to her at birth.