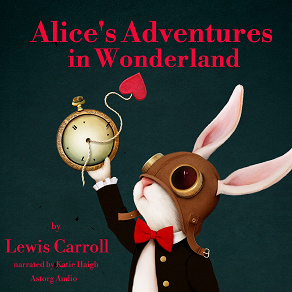 by Lewis Carroll
Alice's Adventures in Wonderland began as a story told by Englishman Charles Ludwidge Johnson to three children in a boat, one of which was called Alice and enjoyed it so much she asked him to write it down for her. He did so, under the pseudonym of Lewis Carroll. He was thus releasing a strikingly tale of fantasy, games with logic, and a wildly original play on narrative structure. Today, Alice in Wonderland is the sixth-best-selling single-volume book of all time, and its imagery has had an enormous influence on popular culture and literature. Dive in the original rabbit hole, as told by the entrancing voice of Katie Haigh.