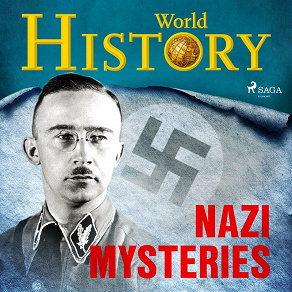 by World History
World War II is the best described, most catalogued event in history. Thousands of books, hundreds of thousands of articles, and an abundance of documentaries and lectures describe the horrors of war, the battle strategies and, not least, the heroes who emerged from one of history’s most horrific wars. But despite this vast archive of information, puzzles still remain. As the years go by, myths bloom up alongside facts. Did Hitler really die in the his bunker? Or did he escape to South America in a state-of-the-art submarine? Where is the gold stolen from the victims of the Holocaust? Is it still hidden in secret mines in Eastern Europe? And what drove the German people to embrace the extremes of Nazism, anti-Semitism and dreams of world domination? Join with us as we try to find the answers to the great Nazi mysteries.

World History invites you on a fascinating journey to bygone eras, allowing you to explore the greatest events in history. Take a trip back in time - to the frontlines of World War 2, to the Viking raids, and the religious rituals of ancient Egypt. World History is for everyone who would like to know more about the exciting and dramatic events of the past.
Listen to sample
Log in to borrow